"They have created a nail biter, that so diversely tells a story via party anthems and beautiful songs alike, that could so easily be a Hollywood blockbuster, yet alone a best selling album.
They are unlike anything you will ever see, or hear."
James Evans - Clear Cut Pictures.
Combine the hard-hitting, slickly polished and continental beats of producer Chuck Creese, with the haunting melodies, smooth tone and unique story-telling abilities of Christian Grace, and you get Trips Inc.
Hailing from the UK, a distinct vintage, and almost Spanish undertone to their work has already caught the attention of production and mastering heavyweight Colin Leonard (Justin Bieber, Leona Lewis, Madcon, Kelly Rowland), and the result is Trips Inc.'s debut single 'Do You Want To Dance?'.
Set for big things, the single is now available to download on iTunes, with the duo's eagerly awaited debut album set to follow early Summer 2014.
Trips Inc.'s debut single 'Do You Want To Dance?' available to download on iTunes and Amazon:

Amazon:
http://www.amazon.com/Do-You-Want-to-Dance/dp/B00E4YZMGU
ON ANOTHER NOTE:-
We have just been approached to submit an entry towards, and drum roll please.........Glastonbury's very own EMERGING TALENT COMPETITION!
We were asked to record a live video to help with our attempts to play the biggest music festival in the UK!!!
Below is a link to the video that has been submitted for our new song 'Diablo' to give you a little insight into more of the album, and what we are like as the original Trippers, with a 100% live vocal recording!
And to get a glimpse of our newest track, 'Diablo', have a look at our SoundCloud:-
www.soundcloud.com/tripsinc
www.facebook.com/tripsinc
www.twitter.com/trips_inc
And always remember Trippers.... thoughts become things.


*Side note: Take a listen and watch their videos. You may be surprised to find you have a new music love. This blog is about The Love of Music. Enjoy!
Posted by Brooke Brown at 9:53 AM No comments:

One of the question sure to get you thinking, if not for what exactly is the question referring to, the answer itself. Perhaps a few examples should be given.  Exclude one hit wonders from this topic for now.

Let's travel back to the years 1988-1994. A popular "boyband" that was once considered to earn more than Michael Jackson and Madonna ran it's course in the world music scene. Yes, the band was New Kids on the Block. Yes, a lot of what earned them a spot on Forbes' list, was the merchandising and endorsements as well as the music that was produced at the time. However, their break into the music scene was not met with open arms, and if it wasn't for a radio station DJ playing one of their records on a different demographic than they originally intended, they might have never happened.

Let's fast forward to present day. The years 2009-2014. Another popular "boyband" recently announced that they are going to take a break after their what was originally called a "World Tour", but reduced after dates were cancelled. All members stating they have solo projects, and life goals they want to accomplish just like the band mentioned above. Yes, the band is The Wanted. Some maybe celebrating and rejoicing just as many did back in the day, but fans are seemingly devastated.  Of course, as history has taught, life does go on, and perhaps that band can make a comeback someday.

As you can see from the years listed, their longevity was really short in the grand scheme of things. Today (January 28, 2014), Motley Crue held a "press conference" on their website announcing their upcoming tour is going to be their last. Those who consider themselves a realist might claim this as a way to sell more records and tour tickets. Time will tell. Yet, when comparing this rock band to the bands mentioned above they have had a much longer career in the music business. Could it be that they took "breaks" without formally announcing them? Could it be that the genre of music they represent can withstand the chaos and demand?  All valid questions, but all have loyal fans as well as maybe some of the same fans.  Loyalty can only do so much as these examples have proven.

In terms of genre vs. longevity originally tested, it seems what is popular isn't always in the "pop" genre. Feel free to add your thoughts on the subject in the comments! 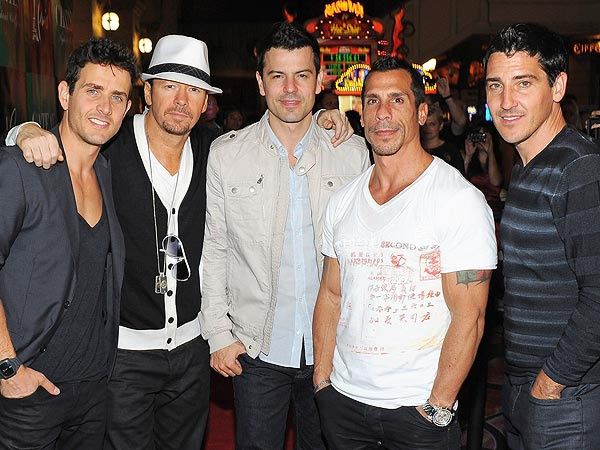 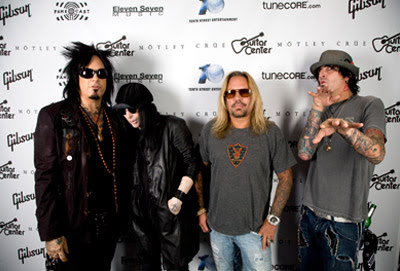 Posted by Brooke Brown at 4:22 PM No comments:

As any music enthusiast would say, there is a difference between listening to music via a recording or enjoying a live performance. You really don't even need to be the most prominent music enthusiast to make this statement.

History of music has tended to write itself. For instance, the music business has evolved with the evolution of technology.  Generations used to go to "record stores" to buy records once released. The value wasn't contingent on the price, even as it is a business. From research and stories from people, the excitement of owning the music was just as much as exciting as hearing it on the radio or being lucky enough to see a live performance.

Music evokes emotions in people regardless of what you consider yourself. It has become a staple of life, through religion, pop culture, and sports. Try to think of a time where music isn't involved some way. The change in music itself over the years with new genres and collaborations has, regardless of your favorites it is important to acknowledge.  Being passionate about a artist or band or genre is great, but we must not lose sight of the beauty of differences.

The reason there is this comparison between recorded vs. live is due to bands and artists failing to be honest with their fans. The band KISS is known for putting on a GREAT live show, and such their albums sales reflected that. The claims about lip syncing from artists since the 1980s continues as those in show business are being exposed. There seems to be that struggle between fans and artists to preserve the purity of music.  Perhaps that is why the present music landscape is not the best. It has become about smoke and mirrors, and why there has been a resurgence of bands and artists who were popular, left the limelight, and came back.

Experiencing a concert or live performance with friends, family, or fellow fans can be a rewarding experience. Appreciating the art of a live performance, and making it sound the same or better than the recording is a great reward of loving that art.

What do you prefer? The recording or live performance?
Posted by Brooke Brown at 7:32 PM No comments: