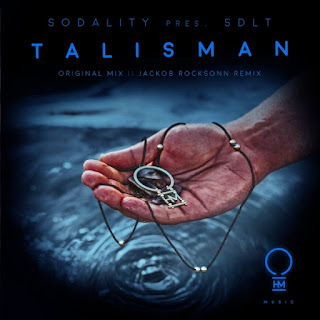 The discovery of new music is always welcomed here at this blog. The team at OHM Music is on a roll.  Whether your tastes leans toward the progressive side of things or trance or a combination of both, rest assured you will find a many gems throughout the releases on OHM Music.

Sodality has been mentioned in previous posts here through remixes provided on other tracks, thus the blog is delighted to highlight "Talisman" under a new alias SDLT. The layers of melodies and beat drops open up the world for many possibilities, hence the progressive and electro house remixes provided by Jackob Rocksonn.  Considering the definition of a talisman is a lucky charm, it is safe to say that this track will be a lucky charm for everyone involved. Please support the track when it is released December 22nd!

Posted by Brooke Brown at 8:42 AM No comments:

Album Review: 'The Only Road' by Gabriel & Dresden 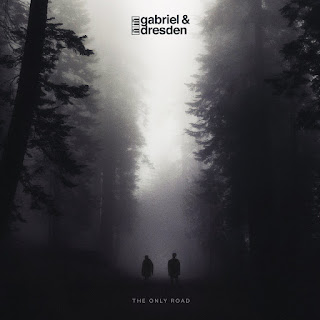 First and foremost, if you aren't acquainted with the duo of Gabriel & Dresden, and their profound way of propelling trance/electronic dance music over the years, then it is time for a history lesson. Let's go back to the early days when Josh Gabriel and Dave Dresden combined. They produced such hits as "As the Rush Comes" featuring JES under the name Motorcycle, "Without You Near" in collaboration with Markus Schulz, "Tracking Treasure Down", and "Dangerous Power".  Not to mention, their producing power for other artists.

Let's fast forward to November 21, 2016, when they launched a new album Kickstarter. To their surprise, their absence in dance music had created a hunger for a new album, and the backers raised over $73,000 to fund the project. It also helped that they went on a Open to Close "Classics" tour all over the United States recently. It was apparent that this duo has cemented a lasting respect for many fans.

When Above & Beyond hit the stage during ABGT 250 ( September 16, 2017), the announcement that Gabriel & Dresden had returned to Anjunabeats, and were going to be releasing their new album on that label. In fact, a couple of tracks off of Gabriel & Dresden's album were featured in Above & Beyond's set. It is suggested that whether you stream or buy the album, you listen to every track. The duo have put their heart and soul into this album.

It may not be the in your face trance and/or electronic dance music that you are used to currently, but this album can not help but hit your emotions. The singles off of the album certainly prove that: "This Love Kills Me", "White Walls", "Waiting For Winter", and "You".  Have you found your favorite track yet?
Posted by Brooke Brown at 11:12 AM No comments:

When a playlist gives you life! 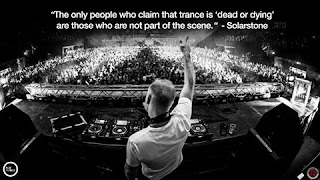 It should not be a shock to you that trance is a favorite genre around here by now. If you are new, you will have to get acquainted with many track and album reviews on this blog. Another thing you should be able to gather, is that the passion for music is quite intense here. Thus, finding a playlist on Spotify can have a really gratifying effect.

There are many arguments for or against the state of streaming in music nowadays, however, when money can be tight, finding new tracks or mixes on many different platforms fills your world with music. Many different labels in trance have been compiling different playlists to feature artists in many ways. As linked in the previous paragraph, a CLASSIC TRANCE playlist can spark so much emotion.

It is very important to list all 50 songs on this playlist. Why? Well, all of these have made trance what it is today.  There was a time where they weren't called trance, they were called electronic dance music. Yes, this was before the abbreviated "EDM". Just let this playlist...play.

Do you have a favorite? Can you guess which artist has the most listed (aliases included)?
Posted by Brooke Brown at 9:15 PM No comments: 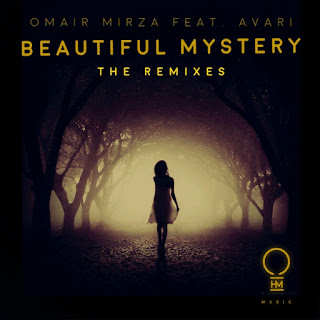 You may or may not know that through our quest to highlight talent, Omair Mirza and OHM Music has become a staple here on this blog. Whether it's a personal release from Mr. Mirza himself or any of the talent on the label, it feels amazing to highlight the releases in anyway via this blog or BB Media Industries.

Please take time to read the initial review of "Beautiful Mystery". The same still applies, but now there are options that will enhance your listening pleasure. Do you prefer the more relaxed progressive vibe? Great, David Thulin has a couple of remixes for your collection.  Do you prefer the melodies and beat drops of trance? Great, Sodality, H3, Nay Jay & Leonard A, and LawrenceQ provide you with many remixes for your collection. Feel free to listen, then support all of their efforts of picking up your copy December 15th to help celebrate OHM Music's 1 Year Anniversary!

Posted by Brooke Brown at 2:20 PM No comments: