Album Review: 'Into Clouds' by Luttrell 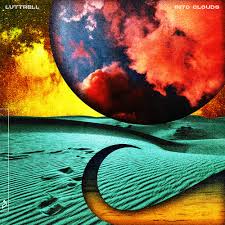 Despite the fear of sounding redundant, it's time to highlight a close relative of trance music.  House music has inhabited many forms over the years, and just like trance, embraced what is called a progressive sound. That explained, a sister label to the popular label spearheaded by Above & Beyond Anjunbeats has spawned Anjunadeep.  As you can garner, the "deep" is a tribute to the house and techno sound that seems to bridge the gap among genres in electronic dance music.

Eric Luttrell was once in group embracing the many forms of electronic dance music, but has now found his solo way to the Anjunafamily as Luttrell.  His mellow yet invigorating melodies have garnered quite the following, and it's nice that 'Into Clouds' is doing just that. Whether a track features distorted/modern vocals or enticing melodies and deep beats, the entire album is unique while embracing familiar sounds in progressive house. This style of music featured on Anjunadeep is just catchy enough to get you to dance without wearing out its welcome.  Pick up your copy of 'Into Clouds' at your earliest convenience today!