Song Review: "Lay Me Down" by Fleer 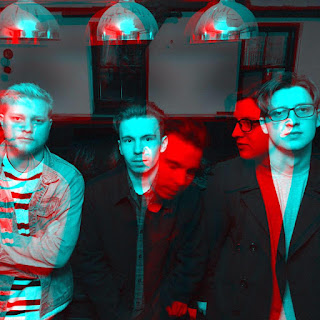 For those just now getting acquainted with this blog, you should know that this blog has been around for years and is a shining example of not giving up on highlighting talent. Music seems to unite and ignite passion throughout all people. Thus, when the song "Lay Me Down" by Fleer was introduced, a review was in order.

"Lay Me Down" is that new alternative rock song that is in your face loud with great guitar riffs and smooth drums.  The lyrics are simple, yet fit the song well, and match their bio. Look for this song to be featured in the alternative rock scene for years to come. Please support them by picking up your copy November 11th on Sound-Hub Records!

Band Bio - We are a 3 piece alternative rock band from Warwickshire. Our band consists of singer and guitarist Liam Garratt, singer and bassist Wilem Thomas and drummer Martyn Nicholson. Our sound is inspired by bands such as Nirvana, Tool, Royal Blood, Queens of the Stone Age and Deftones. We have a dark dynamic sound fused with a raw energy.

Posted by Brooke Brown at 2:50 PM No comments: 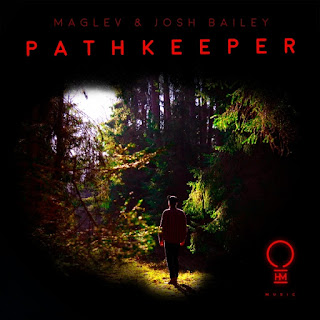 Recently OHM Music owner and friend of this blog Omair Mirza chatted on Trending Topics with BB Podcast about trance music, the label, and more. After listening to that conversation, you will learn that the label is on the brink of exploding in the trance scene. The hard work by everybody at the label is getting noticed throughout the scene.

Fresh off his successful collaboration with Omair Mirza, Josh Bailey returns with a collaboration with Maglev in "Pathkeeper". The track begins with a build up of beats and melodies, then more melodies grace your ears for a solid trance track. The intricacy of the track is evident throughout especially with the vocal "laugh" track from the "pathkeeper". You see what they did there. Please support their efforts when this track is released November 10th!
Posted by Brooke Brown at 4:01 PM No comments:

Album Review: 'From Then On' by Paul Van Dyk This may be a broken record, but longevity in music industry and more specifically in the electronic dance music genre is quite the feat. Paul Van Dyk has been lending his expertise to trance and techno music for over 20 years through his releases, label, and touring. The Vandit Records owner also contributes through his weekly VONYC Sessions radio show/podcast. Thus, when it was announced earlier in 2017 of the release of a new album, fans were stoked.

'From Then On' has many collaborations with others in the scene such as Vincent Corver, M.I.K.E. Push, Fred Baker, Ronald Van Gelderen, Eric Lumiere, Alex M.O.R.P.H., Jordan Suckley, James Cottle, Pierre Pienaar, Leroy Moreno, Steve Allen, Tristan D, Emanuele Braveri, and Rebecca Louise Burch. So take the time to listen to the album from beginning to end. This album encompasses everything euphoric and uplifting in trance. The layers of melodies are beyond infectious, then beats kick in, and well, you will be dancing.

The quality from Paul Van Dyk and company really should not go unnoticed. In fact, since its release October 20th, the album has received critical and fan acclaim through sales. Regardless if you stream it or BUY it, this trance album is an instant classic!

Posted by Brooke Brown at 3:37 PM No comments: 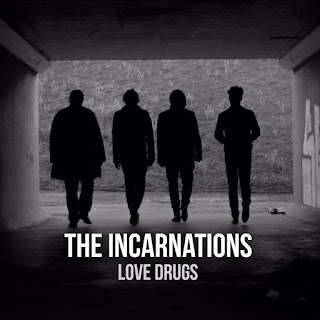 Despite the recent focus on a specific genre of music lately on the blog, it is nice to find new songs and artists. Thus, when "Love Drugs" by The Incarnations was brought to the blog to review, it was an obvious "yes". As you know, the purpose of this blog is to highlight talent that may not be "mainstream" and encourage conversation.

"Love Drugs" is an uptempo song with catchy lyrics and quality musicianship. From the guitar riffs to the percussion, the song is well produced.  If you are looking for a 1960s Indie-Rock song, then you have found one in "Love Drugs".  In fact, if you do your research of the band, that is how they describe their entire repertoire. Please show your support when "Love Drugs" is released October 28th!

Posted by Brooke Brown at 2:14 PM No comments: 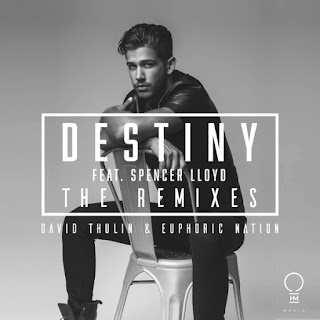 When a great track is made to begin with, the remix possibilities are endless. This is evident by "Destiny" by David Thulin & Euphoric Nation featuring Spencer Llyod. The original mixes were reviewed on this blog many months ago, and the time has come to highlight new remixes. As explained many time before, the world of electronic dance music is vast, and thus many sub-genres can get the love via one track. Want a few chill progressive house mixes? You are covered thanks to Kris Haulund. Let's embrace all of the trance with the remixes by John Gregory and Michael Feron.

One thing is for sure, that OHM Music is making it's stride with available talent. Those looking for some great new sounds for their collection should not be disappointed with these remixes. Enjoy a taste of what is to be released November 3rd!

Posted by Brooke Brown at 9:25 AM No comments:

Women Power in Music As Needed

After attending two concerts recently that just happened to be big tours of well known musicians, it felt important to highlight their opening acts a little better. One band that was a pleasant surprise, and two others, that proved to be great singers. One thing other than music in common, all women. Yes, time to showcase more talent by the "inferior sex". Did you catch the sarcasm? 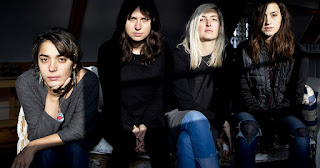 Warpaint: Opened for Depeche Mode on their Global Spirit Tour with their original songs. The musicianship was fantastic, and the quality of songwriting did not go unnoticed. They have been highlighted in Rolling Stone as well: http://www.rollingstone.com/music/news/hear-warpaint-preview-lp-with-seductive-new-song-w432084 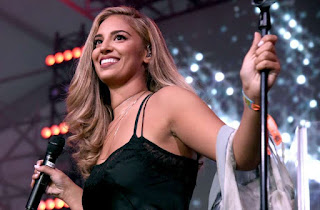 Alina Baraz: First of two opening acts for Coldplay on A Head Full of Dreams Tour, and it was evident by her vocals and electronic influenced music that it meshed with the overall vibe of the night. Looking forward to following her career for future years! For more information: http://www.alinabaraz.com/ 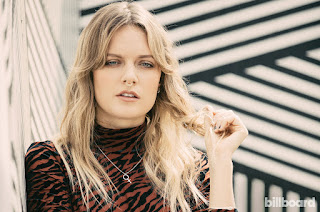 Tove Lo: Second of two opening acts for Coldplay on A Head Full of Dreams Tour. With her collaboration with Coldplay to her hits on the charts, this only made sense. The best part of her performance was listening to her lesser known songs. Loved her mic announcements of both "Bitches" and "Disco Tits" due to the shock and awe from the crowd. Billboard Article: http://www.billboard.com/articles/columns/pop/7534044/tove-lo-feminism

Posted by Brooke Brown at 10:00 AM No comments: