Song Review: "One More Night" by New Kids on the Block 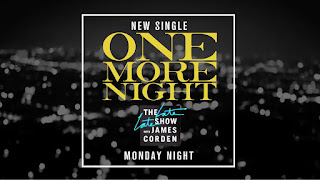 Once upon a time, this blog followed the music from New Kids on the Block after their "reunion" began in 2008.  Since then most posts were moved over to a personal blog due to their lack of new music, but more events/tours.

Let's fast forward to present day, last night on The Late Late Show with James Corden, when NKOTB debuted their new single "One More Night" via a performance. The anticipation for new music has been brewing since the release of their album "10" in 2011.  Their fan base known as "Blockheads" have been loyal enough to follow regardless, but it is nice to see the release of new EP coming before The Total Package Tour with Paula Abdul & Boyz II Men begins this summer.

Will you be pre-ordering this EP to receive "One More Night" early?