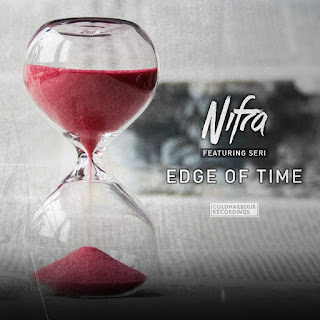 The last time the "Queen of Trance" (Nifra) teamed up with SERI, they produced a brilliant vocal trance track in "Army of Lights".  With the landscape of trance mostly dominated by men or males, it is nice to see that a female collaboration can be successful and spark another idea.

This is how we get to "Edge of Time" that will be released by Coldharbour Recordings.  The track has that "Coldharbour Sound" mixed with great drops and beats to keep you interested. Then SERI jumps in with those flawless vocals to keep you intrigued and hopeful that the track will be even more uplifting.  Great vocals with great music should not be forgotten in the current trance scene. Vocal trance is still as important as it ever was in the beginning of the genre.

Make sure to pick up your copy when it's officially released March 27th!