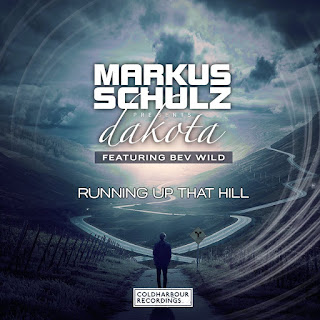 A few months back during Transmission (all trance music festival) in Prague, during the set of resident Markus Schulz, you heard this vocal on top of a darker yet great trance beat. It fit perfectly in the set as well you are to expect when attending a set by the #UnicornSlayer.  As many trance fans and fans of Schulz do is to wonder what is the ID of the track.

Fast forward to now as we get closer to release of 'The Nine Skies' project by Markus Schulz under the Dakota alias, Global DJ Broadcast premiered the track "Running Up That Hill" as part of the new #InBloom edition. At first, the thought of a vocal track under the Dakota alias seemed weird. However, after about 5 different listens, the darker theme of the song from the intro with the great vocals from Bev Wild started to take place well along with the build up of beat drops and accompanying melodies.

Take a listen and expect to go on a journey with Dakota!