EP Review: 'Thankful' by New Kids on the Block 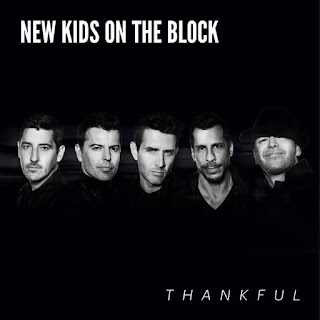 Preface: As somebody who "was" a Blockhead, the news of new music from this group was welcomed. Please refer to the previous song review on the blog as well.


Those faithful to this group, yes Blockheads, have been anticipating new music for quite some time. The constant touring and cruises have been nice, but let's face it the reunion of 2008 started by a new album; 2011 also brought a new album as well. So, even with solo projects between events, releasing new music shouldn't have been this hard.

Yes, this is a real review. An EP is nice, but with it ONLY having 5 new songs on it, the quality should be up to the quality released before, right? Well, sadly to say all of the songs seemed rushed. It is blatantly obvious Donnie, Jordan, and Joey run the show.  It would be nice to hear more vocals from Jon and Danny.  Thus, the roles of the group are even cemented into NKOTB history these days.

Now, with that being said, it is true that NKOTB is 'Thankful' for their fans. However, some of the lyrics on these songs seem to be corny. Not sure the humor was intended or the members are unaware. Either way, listen at your own discretion. Oh, and "Still Sounds Good" is the only catchy song due to the sampling and lyrics.
Posted by Brooke Brown at 12:46 PM