Album Review: 'Gem of the Peak' by FRANK 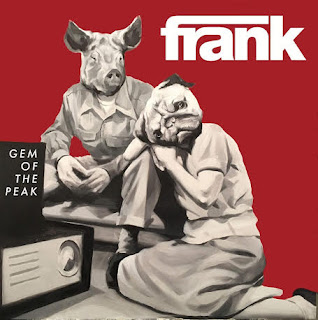 The vast world of music is showing really no signs of slowing down. The more the blog becomes aware of bands and artists creating great quality music, the more the blog is motivated to highlight their talent. An upcoming band FRANK has been making some waves in the world of Indie Rock.  Their addition to the roster at Sound Hub Records has certainly put them on the map.

Their debut album 'Gem of the Peak' has ten well developed songs.  It's clear that this band has put the time in to hone their craft, and the team at Sound Hub Records believe in their talent. The album is structured beautifully to take you on a journey.  Every song tells a story of love and heartbreak that is sure to relate to anyone. Even more in depth, their musicianship should not go unnoticed along with every vocal.  If you love feel good music with a tad of depth, then it is suggested you support this album when it is released May 11th! Make sure to follow their social media for their single "Life People" May 1st!