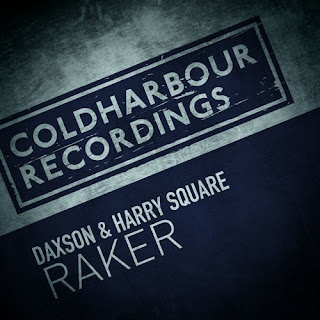 The beauty of listening to Global DJ Broadcast every week or attending a set by Markus Schulz is hearing those "pesky" IDs.  You know the tracks that you hear, then immediately wonder who produced it. Well, "Raker" by Daxson & Harry Square is another one of those tracks from the Coldharbour Recordings factory. Just like all of the other quality tracks to come from the factory, this track follows the Coldharbour sound formula with those trance factors fans know and love.

The intro immediately gains your attention, then the intertwining of the melodies and beats is literally music to your ears. Yes, there may be a tad bias on this blog, but you can not deny the uniqueness and quality of tracks being released by all at Coldharbour. The track gets its OFFICIAL release June 5th, so be sure to pick up your copy!