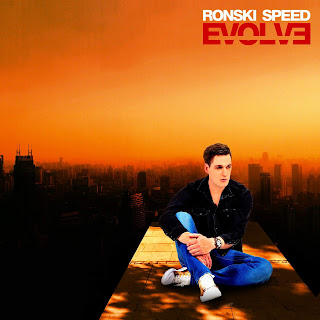 Chances are as a reader and follower of this blog, you are aware electronic music is highly respected. Many posts have been highlighting the brilliance of trance as more tracks and artists dig deep to travel on a cerebral journey of life.  If you are a person that enjoys traditional classical music, think of trance as the "classical" of the electronic music world.

Just as life evolves, so does music. Thus, this brings us to the latest album by Ronski Speed called 'Evolve'.  Research shows that after previous albums 'Pure Devotion' and 'Second World', Ronski did not cut any corners in production of this album. This album should be listened to in its entirety upon first listen. Each track grasps on to elements of progressive trance, euphoric trance, and vocal trance. However, elements of cousin progressive house are mixed quite well. It is important to point out the collaborations with Alan Morris, Ciaran McAuley, Amir Hussain, and Syntrobic.

For the traditional trance fan, this album reads like your favorite book. For those new to trance, you will NOT be overwhelmed, and will gain a glimpse into the talent by Ronski Speed as well as the brilliance of this album. Let's 'Evolve' together on this journey. Please support this album here: http://ron77719.wixsite.com/ronskispeed/buy-evolve