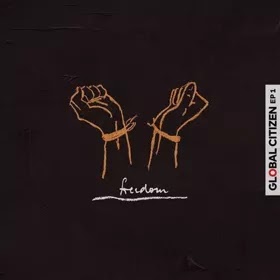 A few weeks ago, a new documentary was screened in theaters throughout the world for one day only called 'A Head Full of Dreams'  (which can be streamed on Amazon Prime Video) that chronicled the story of famed band Coldplay.  Friend and filmmaker best known for his Oasis documentary years earlier, Mat Whitecross did a great job creating a narrative of the rise of a brotherhood. How does this relate to this E.P.? Well, Los Unidades is new side project/name for Coldplay. If you are unaware, Global Citizen and their mission is just one cause that is dear to Chris Martin and Coldplay's heart. Global Citizen's mission to end world poverty is noble, but with efforts by many in entertainment and US, the world's citizens, it may be achieved sooner rather than later.