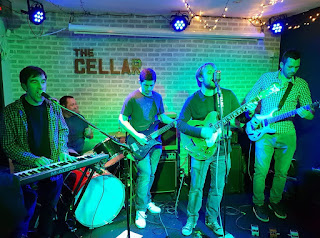 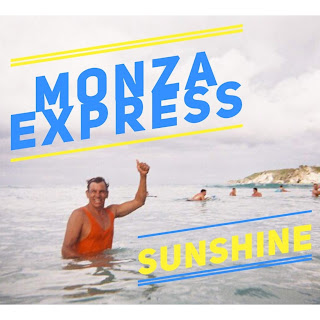 Band Biography
Monza Express are a five-piece guitar band from Aberdeen, Scotland. Drawing influences from a variety of sources depending on which member you speak to.

Formed in late 2017, the band consists of Fraser Bateman (lead vocals & rhythm guitar), Greg Burgess (Bass), Kris Fraser (Keys) Shaun Reid (Lead Guitar) and David ‘Deco’ Smith (drums). All members being “the wrong side of 30” are no strangers to live music having played in various bands in Aberdeen over the years. A self promoted debut gig in October saw local bar the Cellar packed with an expectant crowd who were not left disappointed.

The band are looking to make more of a mark on the Aberdeen music scene in 2019 and hope the single provides a good starting platform.

Please support this band and their debut single by the links provided above!
Posted by Brooke Brown at 3:55 PM