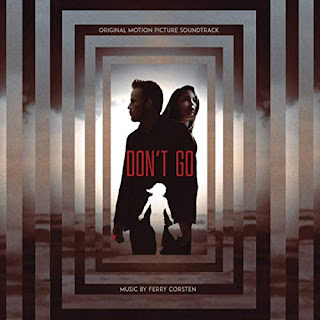 A review for a movie soundtrack or score on this blog is a long time coming. How many times have you said this to yourself after watching a great film, "What a great soundtrack!"? If you are just an novice consumer of entertainment, probably many times, or as a more dedicated consumer, you have probably lost count. This blog has highlighted the brilliance that is ambient music and it's connection to trance music, but now, it is time to highlight the connection of soundtrack or film scores to trance music. Ferry Corsten has been revered as one of trance music's pioneers, and by various aliases as well as the brilliant release of album 'Blueprint', the release of 'Don't Go' cements his brilliance tenfold.

For those still unaware of trance music's appeal in the world of electronic dance music, it is the classical, ambient, and/or emotional sub-genre fit for anyone willing to listen. As you listen to this soundtrack, close your eyes, and imagine the scenes each track might describe. The theater of the mind fits perfectly to your imagination, and hopefully to the themes within the film.  Just like other pioneers in trance such as, Paul Van Dyk & BT, the ability to create a journey through trance directly translates into soundtracks and/or scores. Listen for yourself on your favorite platform!