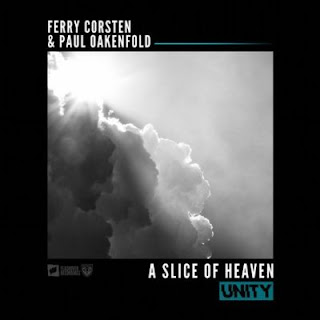 The world has been going through a rough patch lately to say the least. The divisiveness of the political climate in societies across the world have been playing an integral part in the arts. People have always sought after escapism, but it seems like that has grown exponentially recently. There are many debates that can arise from passion in music, such as, a favorite artist or track/song. People seem to be forgetting how subjective arts are, and that a difference in opinion is not a bad thing.

The trance scene and community's passion comes in many different forms. A track by two well respected artists in trance with a positive message could not come at a better time. "A Slice of Heaven" by Ferry Corsten & Paul Oakenfold through the UNITY movement has garnered a lot of support. Both Mr. Corsten and Mr. Oakenfold have cemented themselves as trance music pioneers, and it showed in this collaboration. The track captures that euphoria that many experience while enjoying music. The melody layers and beats compliment each other so well, it is hard to figure out who contributed which intricate flare within the track.

As evident by other publications writing about this track, keep expecting to hear "A Slice of Heaven" in many sets and radio shows/podcasts for years to come. This track gets it's OFFICIAL release on March 2nd, so hop on over to your streaming and buying platforms of choice to show your support!
Posted by Brooke Brown at 5:30 PM