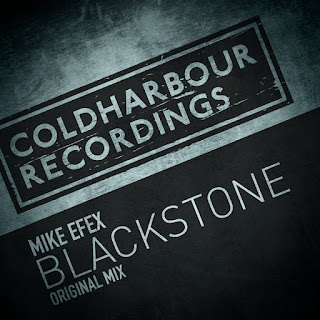 The flare of Trance music has reinvigorated the scene recently. Coldharbour Recordings has carved out a sound that keeps producing great tracks. As mentioned on this blog before, the label is really making its strides in the scene through the DJ/Producers that call the label home. During the return of the AfterDark episode of the Global DJ Broadcast, there was a premiere of a track that joined its dark compatriots nicely.

Now granted this track has been an "ID" during previous episodes as well as during sets by label leader Markus Schulz and Mike EFEX himself. The progressive trance or "dark" appeal of "Blackstone" bodes well with those looking for a chill yet deep sound that many have gravitated towards as Trance music has evolved. If you have ever had the chance to go down the rabbit hole with Markus Schulz, then you would understand why "Blackstone" would need to be an addition to your collection.  Please support this track when it gets its OFFICIAL release very soon!