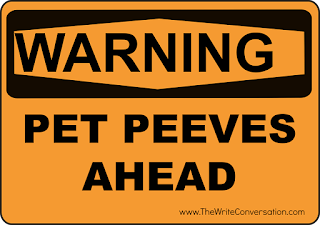 Due to a current headline trending in the news, a good point came to mind. That is pet peeves of the musical variety. Yes, it is okay to have these.

1. The N-Word: Used in music since the 1980's, more specifically hip-hop/rap. Sure there was racial, oppression, and anger due to these issues in many communities in the United States and across the world. However, the use of this word as slang for "friend" has been over used, and spread to other forms of popular culture like movies and TV.

2. Talking Too Much During a DJ Set: Regardless of the genre, if you stop the vibe to talk or shout on the microphone....shame on you. Yes, the "hype man" became prevalent through the rise of hip/hop and rap, but bringing it to other genres just ruins the vibe. Yes you in the big room culture.  Example: "Put Your Heads Up!"

3. Sampling: Now this one is less of pet peeve than the others listed above, but one nonetheless. It has become a fall for those less talented out there. However, there are some great songs or tracks that has used this quality well. Tread lightly music industry.
Posted by Brooke Brown at 9:48 AM