Album Review: 'From Then On' by Paul Van Dyk 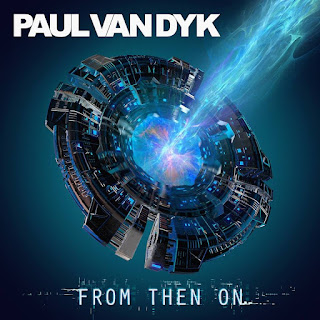 This may be a broken record, but longevity in music industry and more specifically in the electronic dance music genre is quite the feat. Paul Van Dyk has been lending his expertise to trance and techno music for over 20 years through his releases, label, and touring. The Vandit Records owner also contributes through his weekly VONYC Sessions radio show/podcast. Thus, when it was announced earlier in 2017 of the release of a new album, fans were stoked.

'From Then On' has many collaborations with others in the scene such as Vincent Corver, M.I.K.E. Push, Fred Baker, Ronald Van Gelderen, Eric Lumiere, Alex M.O.R.P.H., Jordan Suckley, James Cottle, Pierre Pienaar, Leroy Moreno, Steve Allen, Tristan D, Emanuele Braveri, and Rebecca Louise Burch. So take the time to listen to the album from beginning to end. This album encompasses everything euphoric and uplifting in trance. The layers of melodies are beyond infectious, then beats kick in, and well, you will be dancing.

The quality from Paul Van Dyk and company really should not go unnoticed. In fact, since its release October 20th, the album has received critical and fan acclaim through sales. Regardless if you stream it or BUY it, this trance album is an instant classic!