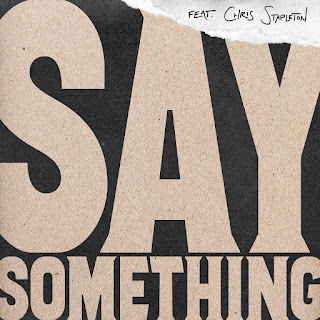 Despite what many may or may not think, reviewing the single releases from Justin Timberlake's forth coming album 'Man of the Woods' must continue. The blog must stay consistent. In 2015, Justin Timberlake and Chris Stapleton performed together at the CMAs (Country Music Awards). To say it shook the country and pop crossover world up is an understatement. Why? Well, the collaboration worked so well. This sparked the question of a future collaborations by the duo.

Fast forward to present day, "Say Something" featuring Mr. Stapleton has now been released as a single off of 'Man of the Woods'.  The song captures both of their vocals well while also capturing the country roots Mr. Timberlake is stating he's influenced by. Incorporating Mr. Stapleton's crossover appeal was inevitable. This blog is looking forward to the entire story of 'Man of the Woods'.