Album Review: 'Man Of The Woods' by Justin Timberlake 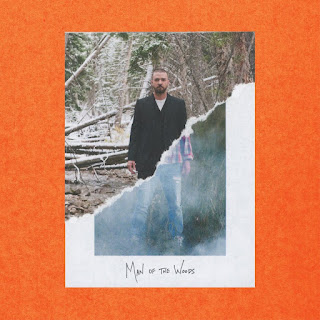 This blog is aware that reviewing this album after reviewing the three previously released singles is overkill. However, with the Big Game performance around the corner, why not try to understand the entire story of 'Man Of The Woods'. So let's dive right in to the journey!

"Midnight Summer Jam" is an uptempo, well, jam, that features Mr. Timberlake's falsetto vocals as well as his comprehensive lyrics and vocals. The beat screams that is was co-produced with Pharrell, but that is not a bad thing. This song is going to be a break out hit whether it is released as a single or not. "Sauce" begins with an explanation and a killer guitar melody, then his vocals kick in, and you are immediately listening to the story portrayed by the lyrics. "Man Of The Woods" has a simple, yet catchy, baseline and kick, followed by the lyrics and vocals that even if you did not know it was about his wife, well, you know it is just that.

"Higher Higher" is crooning song that immediately requires attention. The lyrics explain the struggle that stress presents despite success. Pretty sure that this song can relate to anybody willing to listen. "Wave" takes you with Mr. Timberlake to "paradise" through it's lyrics. The highlight of this song is the beats and guitars used to enhance your imagination. "Morning Light" featuring Alicia Keys, combines what each artist does best through lyrics, vocals, and "old-school" influences found throughout the song. This collaboration was inevitable. "Hers(Interlude)", "Flannel", "Montana", "Breeze Off the Pond", "Livin' Off the Land", "The Hard Stuff", and "Young Man" add to the brilliance of this entire album. Hope you enjoy the undertones, musicianship, and refreshing take on popular music Justin Timberlake brings to the industry.
Posted by Brooke Brown at 8:58 AM