Album Review: 'Tales From The Temple' by Key4050 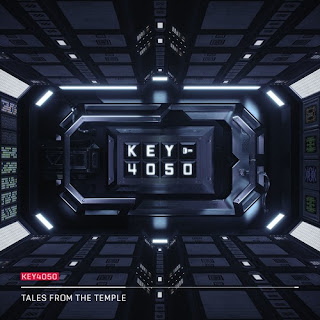 Perhaps an explanation of who is Key4050 is necessary for those who have yet to warm up to the world of trance music. Bryan Kearney and John O' Callaghan have teamed up in both DJ sets and production to create Key4050. While both Bryan Kearney and John O' Callaghan have made a name for themselves through their solo production, DJ sets, and labels, this collaboration has been well received. They pride themselves in changing live DJ sets to showcase musicality.  Without going too much in depth about sub-genres of trance, they both feature uplifting, euphoric, and vocal trance in which some would revere as the core of trance.

'Tales From The Temple' is a labor of love by the duo that features 32 tracks on two "CD's" (parts for those who stream their music in this day and age).  Upon learning it took years to produce this album, release of this journey is fantastic. For those who have been fans of trance music for awhile, this album does not take word journey lightly.  In fact, as you listen to this album in it's entirety, you might get the sense of nostalgia of the trance released in the 1990's.  This collaboration just works, and they truly have created a masterpiece in a L.P. album. Please support this album in anyway you choose!