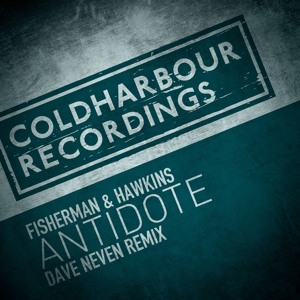 Normally a review comes before the track is released, but it just so happens that today is release day. This remix by Dave Neven of fellow Coldharbour Recordings family Fisherman & Hawkins was premiered on Global DJ Broadcast by label boss Markus Schulz after being an ID in his sets on the broadcast. Fisherman & Hawkins have produced some great tracks in the past (including this one), so a remix should be met with open arms.

"Antidote" is a great trance track featuring the Coldharbour sound by duo Fisherman & Hawkins already, but by Dave Neven putting his spin on the track, this remix should be added to your collection as soon as possible.  The infectious melodies each version has should satisfy any trance fan.  Take a listen, then head over to Beatport to support this track!