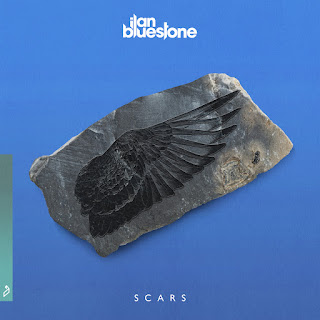 The day is finally here. Yes, the day Ilan Bluestone's album 'Scars' is released.  The loyal fans of Above & Beyond's label Anjunabeats (Anjunafamily) have been anticipating this day for quite some time. Mr. Bluestone has garnered a positive reputation of great remixes and original tracks over the years that (in his accent) represent TRONCE. However, as a overall supporter of trance at this blog, this album has been anticipating this album for just as long.

If you have been paying attention, you have probably already been listening to "Scars" & "Frozen Ground" for awhile now. Both tracks feature the vocals of Giuseppe De Luca, and unless you are incapable, will get you in a great mood. "Everybody" features Maor Levi, another Anjunabeats family member. The track is just so catchy, you will be chanting "everybody" right along with the track. "Rival" is the quintessential vocal trance track featuring the vocals of Ellen Smith. The track is well produced from beginning to end. You will notice the inclusion of sound most on the Anjunabeats roster have garnered over the years as you listen to the album in its entirety. It is highly recommended that you support this album in anyway you can!